Top Tunes To Blog About 6 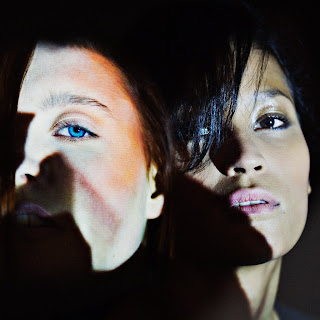 Lately it would appear that Sweden is currently the haven of credible and intelligent electro-pop exporting it's talent towards UK shores like a constant onslaught. Interestingly only in the last year is the UK really starting to sit up straight and take note; it is all the more apparent when you listen to national radio, or the sound-systems in highstreet shops. Pop and indie is slowly being replaced by a new modern type of pop; one that is edgy and genre-blending. One that is most notably Swedish. Gone are the stereotypical glittery charms of ABBA or Alcazar, instead there is now a constant barrage of brilliantly constructed pop that infuses the uniqueness and fervent nature of the past, mixed expertly with contemporary electro and sublime audio pleasures of the present; creating a dynamic and flourishing musical pop synergy. The UK has experienced the Scandinavian likes of Robyn, The Knife, Niki And The Dove, The Sound Of Arrows, Lykke Li and Fever Ray, to name a few, and now Icona Pop step up to the plate with their individual take on Nordic electro-pop.


Icona Pop are Stockholm residents Caroline Hjelt and Aino Jawo who manage to create icy cool electro with insurmountable ease. "Top Rated" is a Double A-sided tune (along with the equally superb "Manners") that is a sheer delight to listen to. The song starts off with a fantastic whomping of hooky synths that positively jab at the eardrums demanding undivided attention. A skittish "stop-start" feel carries on through the song, almost staccato at points, giving way to a miscellany of mix tempo gritty drum beats, a boisterous bass and sleak composition. Layered over this mix is some effortlessly knife-sharp vocals, which eerily cut through the music with precision and aplomb. The hauty and youthfully emotive lyrics, including such lines as "You make me sick and tired, you'll never learn, you put yourself on top and that just makes me slip and slide", cement the song together neatly. Compositionally "Top Rated" is reminiscent of a La Roux garnered track mixed with a ballsy Sky Ferreira, further splattered with lashings of an electro-esque Luciana.


After the first chorus the song progresses further with an enriched vibe, full of cool piercing undertones and even more well-constructed electro synthing. There is something about Scandinavians; they find it so unnervingly simple to reproduce veritable pieces of electro-pop genius that the UK is still relatively clumsy and lacking the finer dexterity of our Viking cousins. "Top Rated" is an impeccable slab of Swedish expertise and the song storms through to a crescendo of scattered synths, metallic audio pools, voracious beats and dominant vocals that produce a diligent pop record. This subsequently allows the track to transcend the boundaries of radio-friendly commodity and the ever differentiating and industry critical alternative electro-indie-pop scene. The ultimate result of Icona Pop's hardwork is a steadfast and wholesome dose of electro-pop that is ready to educate the UK music loving masses. 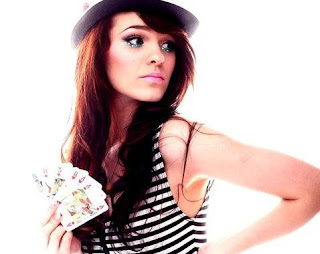 Getter Jaani is the 18 year old sparkling and youthful talent that represented Estonia in this years Eurovision Song Contest in Germany. The Baltic charmer is relatively new to the music scene and "Rockefeller Street" is her biggest charting song to date within her native Estonia. Aside from the pompous negative attitudes often cruelly labelled at the Eurovision Song Contest there is frequently a chance to witness the odd cracker of a song that stands out amongst the glittered campness, sequins and cringeworthy dancing that so often bestows this revered musical concert.


Rockefeller Street" is such a song. Jaani herself possesses an acquired confidence of someone much more senior and experienced, drawing performance derived similarities to Bjork or a slightly more timid Katy Perry, whilst holding the song together and making it her own brand of solid, contemporary whimsical pop. The song starts off at a much slower tempo, trickling forth with tentative piano keying and mischievous audio taunts followed by Jaani's juvenile yet pleasantly theatrical vocals. The song gradually gains momentum as the backing music becomes laced with clumsy but charming lyrics and a quickening assertive pace. The chorus is what truly sells this song however.

The brazen and surefooted beat, energetic instrumentation and exuberant vocals of Jaani culminate in what at first sounds like a slightly sloppy piece of euro-pop. Listen closer though and diligently hidden amongst the clamour of European excitability and glitz is actually a song with vast dimensions and distinct meaning. "Rockefeller Street" is about youth, celebration, believing in the ultimate and the most desired. The song carries on powerfully with a stomping beat, compliant synths and bullish lyrics sung with jagged bravado; offering a misty rock-ish character to the song tied with the usual modernistic side of pop we are more accustomed to hearing. If you like your pop music to be multi-faceted; appearing shallow, yet actually being rather creative and audibly rich, carrying an industrious flare, catchy chorus and delightful lyrics sung by a humble Estonian starlet, this is the song for you.

Check out the music video below and show this Estonian beauty some love by 'liking' her Facebook page and visiting her Myspace/personal website.

Posted by OWL BY NIGHT at 5/24/2011 No comments: LINKS TO THIS POST
Email ThisBlogThis!Share to TwitterShare to FacebookShare to Pinterest
Newer Posts Older Posts Home
Subscribe to: Posts (Atom)