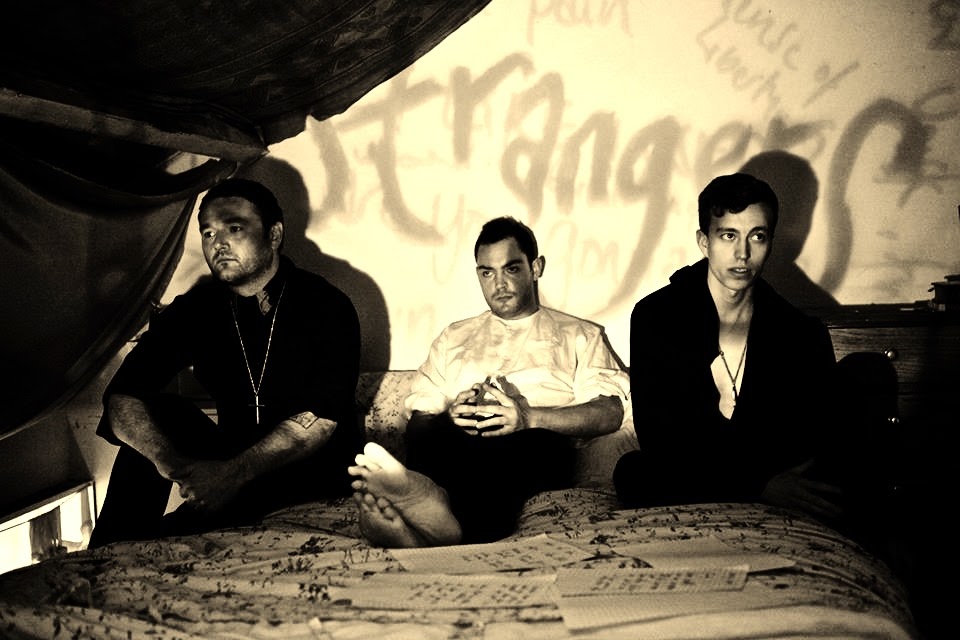 Strangers, the London based noire-electro outfit headed by the distinguishable David Maddox-Jones are a perfect example of a band who know their craft, who are not afraid to experiment with sound and who can maintain longevity in this cut-throat industry. More recently the band have marketed their music via free downloads and festival appearances coupled with the launch of their latest EP, "Close".

Now, Strangers have a new track that boldly nudges them out of their comfort zone. Does it work? Absolutely. "Wolf At The Door" sees the band become more upbeat. Yes, the brooding melodramatics and smooth layering of the past worked exceptionally well but this waltz into the often stigmatised pop genre sees a welcome splurge of creativity. For this latest single, muffled beats and warbling keys set a nicely generated tempo amidst cosmological synths and Maddox-Jones' vocals. Each chorus interchange is punchy, with instrumental inputs neatly cascading forward, despite the darker nature of the lyrics. This single screams Friendly Fires meets Prides but crucially remains loyal to the Strangers blueprint and demonstrates why they are still in the business.

Check out "Wolf At The Door" via the Soundcloud below. Like what you hear? Share, re-tweet, and re-post this review to share the new music love.

Posted by OWL BY NIGHT at 5/22/2014 No comments: LINKS TO THIS POST
Email ThisBlogThis!Share to TwitterShare to FacebookShare to Pinterest 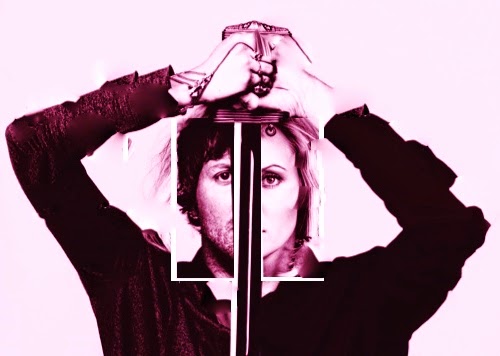 We first mentioned Ask Embla around three years ago after the release of the beautifully captivating power-pop anthem "Northern Lights" amid shrouded secrecy and confusion surrounding the male-female pairing of Ina Wroldsen and Arnthor Birgisson. Following the apparent removal of the song and a lull in activity it is now evident that the pair are back. Hopping between London, Stockholm and Oslo the Scandinavians finally have a new song up their creative sleeve.

"Legion" is a surprisingly plucky side-step from the pair's previous guise that was characterised by sombre undertones and icy emotion. Though their artistic direction worked incredibly well, this unexpected injection of energy and slick electro-pop mannerisms is very much welcomed. Straight away, Wroldsen cements "Legion" with invigorating vocals that demonstrate a glassy pitch and perfected intonation; the mantra of "I am a..." expertly highlights an intelligent choice of lyrics to ensure you are hooked throughout. Such frenetic pop undertones typify the pair's new sound; a synthesised eighties veneer which maintains momentum and keeps "Legion" storming forth in the right direction. This is Scandi-pop at its best. Simple as that.

AUTOWRONG - "WE ARE DECAY" (ALTERNATIVE-POP, UK)

There is always something that fosters intrigue when we are not provided with enough information. Curiosity does always prevail (or kill) us cats. So when a new music artist bubbles up without a profile description or ounce of information, it harvests our interest, a powerful media tool indeed. With that in mind, let us introduce to Autowrong from the Midlands. That is all we know about the mysterious outfit. They are essentially brand new. Still in the box. Not a scratch to be found.

Autowrong's debut cut however, is a masterful cacophony of tropical house beats and warbling African horns that immediately dictates the nature of the song. Everything is committed and indulgent with "We Are Decay" as hollowed percussion and fluid synthesising dance and jostle with fervour to capture your attention. The whole composition works exceptionally well for a first stab at the music industry and Autowrong's obvious love for genre blending and sound eclecticism gives us a Man Like Me meets Clean Bandit strand of quasi-tribal pop. Add on some punchy vocals atop a mire of sweltering beats and jungle bass lines and this Midlands act are poised for great things.

Check out the Soundcloud for "We Are Decay" below. Like what you hear? Share, re-tweet and re-post to spread the new music love.

Posted by OWL BY NIGHT at 5/21/2014 No comments: LINKS TO THIS POST
Email ThisBlogThis!Share to TwitterShare to FacebookShare to Pinterest 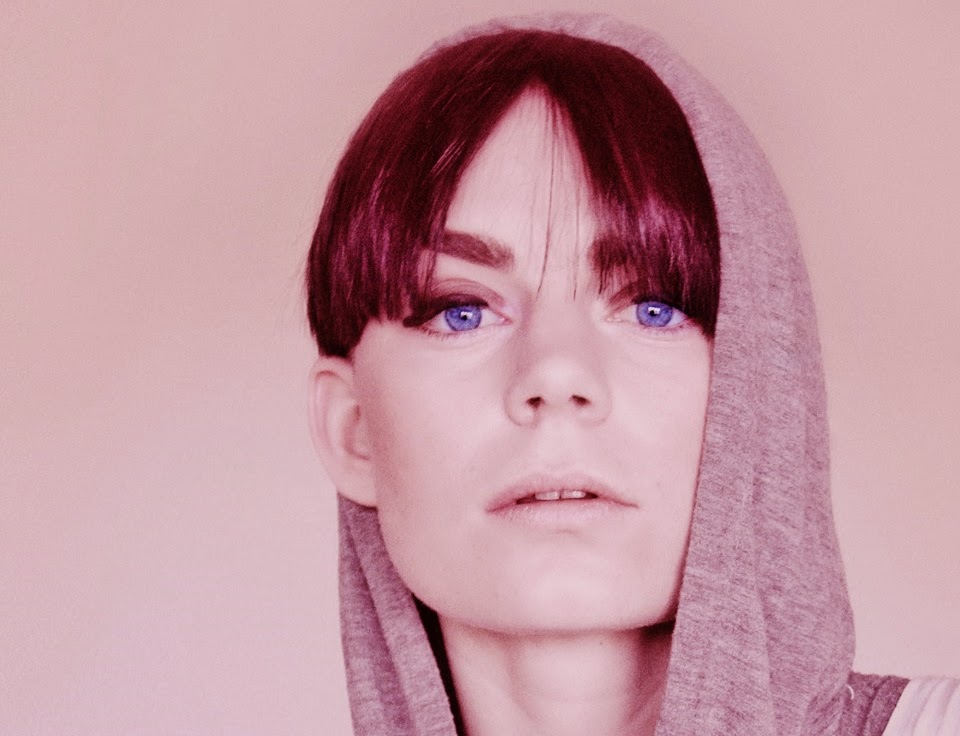 Swedish pop songstress Frida Sundemo has always been a favourite of ours at Owl By Night since discovering her soulful arrangements and unwavering work ethic. More recently Sundemo has been knuckled down in the studio producing her next collection, "Lit Up By Neon", a beautiful mix of soaring digitalism coupled with simplistic layers and crystalline vocals.

"Neon" is the Stockholm matriarch's next release and underpins the very aforementioned qualities and whimsical pop essence that imbues the entirety of the EP; starting off at a gentile pace, this single is a hazy meander into the senses as heavenly synths lap smoothly and minimalist beats resonate behind in the same vein as fellow countrymen Max Elto. Each chorus diligently rises skyward fusing together soundboard elements into minuscule crescendos of electro-pop nudging "Neon" into the ethereal yonder. Maintaining concord, Sundemo's glacially poised vocals and swooning harmonies keep the package contained and emphasise the Swede's ability at making stellar pop tracks.

Check out "Neon" below then download the new EP "Lit By The Neon" via iTunes. Like what you hear? Share, re-tweet, re-post as you so desire. 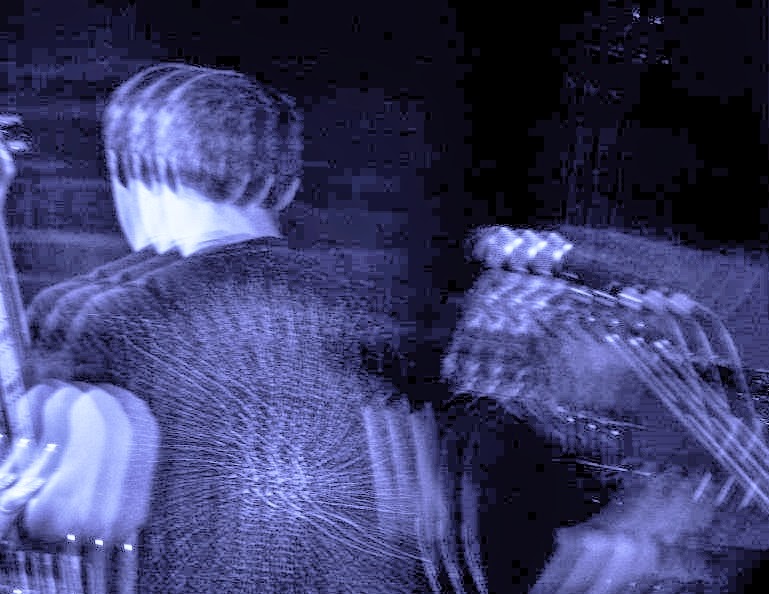 Bat And Ball are Plymouth siblings Abi and Chris Sinclair, the UK's version of New Zealand brother sister duo BROODS with a penchant for comatose electronica and morose pop ensembles a la The XX meets Brighton natives GAPS. The pair, who now reside in London town already have their own record label and are close pals with the formidable DJ Jen Long.

"Stops My Mouth" is a fantastically dependable song right from the offset as steady rhythmic beats and grounded guitar intrusions trundle along at a somewhat pedestrian tempo ensuring each sound element is appreciated fully. The plethora of varying noise inputs makes this latest effort from the pair a fascinating exploration into layering and composition as melodic piano keys, shuddered beats and isolated percussion jingles all vie for attention. Add to that the crisp vocals of Abi Sinclair, whose execution and delivery is very Scandinavian in design, very Frida Sundemo even and you have what is London's finest alternative raw-edged pop collective of the moment. IYES better watch out. 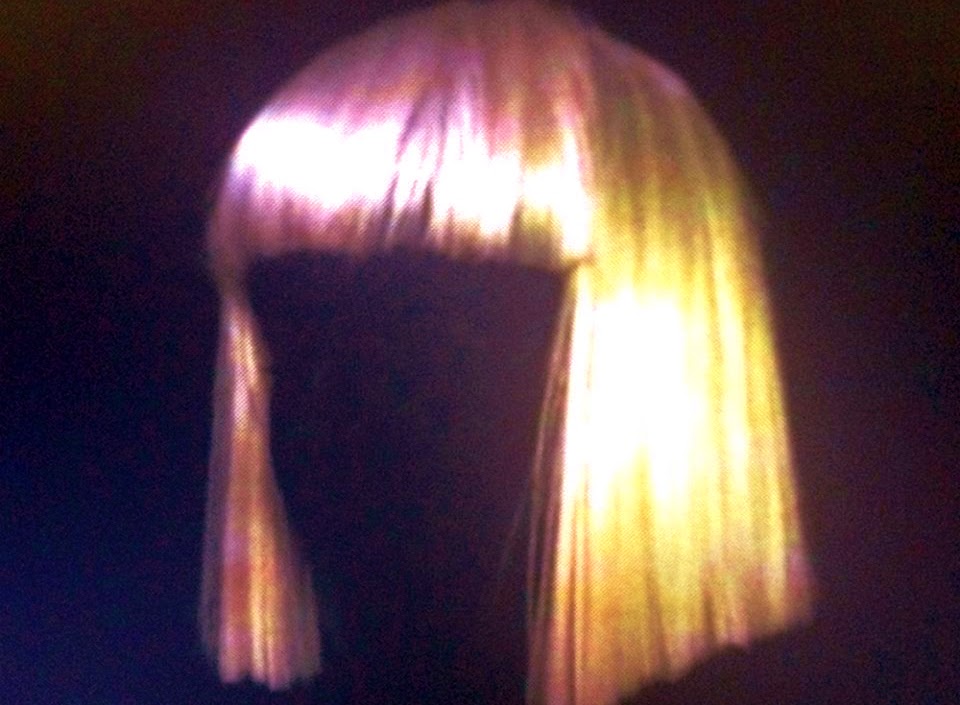 Australian solo artist Sia, the media shy extraordinaire, is usually found scribbled on the top of any distinguishable musicians' list as someone to collaborate with, which isn't particularly hard to see why when you have what is essentially, the complete package: vocals, a mysterious character, sharp lyrical drive and excellent compositions. The soft assertion of her understanding of music is what makes every piece of work from the female soloist something exceptionally remarkable.

It has taken four painstakingly long years but finally the jittery pop matriarch has constructed her latest album called "1000 Faces Of Fear". The lead track to be lifted off of the album is "Chandelier" which begins as a wholesome slab of coy urban beats hemmed in by Rihanna-esque vocalisations and staccato beats to snag your interest. From this point onwards the song increasingly builds momentum as Sia's razored chords begin to tenaciously effervesce. The oppression of emotion is tangible and we love it! Right on cue Sia delivers what is possibly one of the strongest and energetically wrought choruses ever exhaled with a vocal set rich in angst and power. This isn't a simple piece of pop, there are morose undertones and fragility seeping through to aesthetically enrich the production. "Chandelier" goes to show that Sia is an astounding musician and master of her craft.

Check out the fantastic music video for "Chandelier" below then be sure to download the new single via iTunes. Like this review? Share, re-tweet, re-post and spread the new music love. 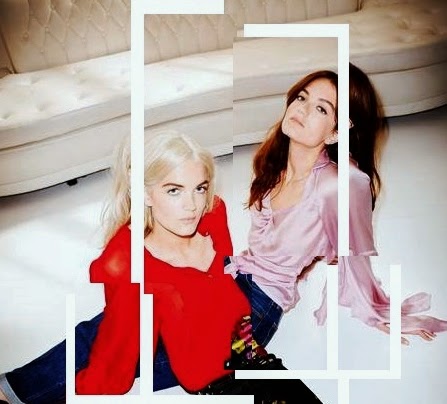 Swedish-Australian sisters, Miranda and Elektra Kilbey, have had a schedule inundated with performances and gigs over the past six months as their polished brand of sequinned Scandi-pop and quietly poised elegance takes over Europe. The pair have had enviable successes with previous glacial pop stormers "Maybe You", "Julian" and "Better In The Dark" and now the beautiful twosome offer us "Everything We Touch" as the next pristine instalment in the Say Lou Lou collective.

From the offset you notice a recognisable shift in temperament and construction from earlier efforts as the hardened mood-pop lacquer that typified the two sisters' work ethic sidles out the way for a more upbeat and jovial number. "Everything We Touch" is a hypnotic amalgam of soaring synthesised envelopments, rumbling beats and perfectly executed dual harmonies. Such a track epitomises the sheer dexterity and ease of deliverance for Scandinavians when it comes to pop music. They can literally do no wrong: silken, ethereal, polished. Say Lou Lou unleash a fluid streak of creativity that feels like a cross between Abba and The Sound Of Arrows. Perfect pop in every way, shape and form.

Check out the stunning music video for "Everything We Touch" and be sure to download the track off of iTunes. Like this review? Share, re-tweet, re-post and spread the new music love.