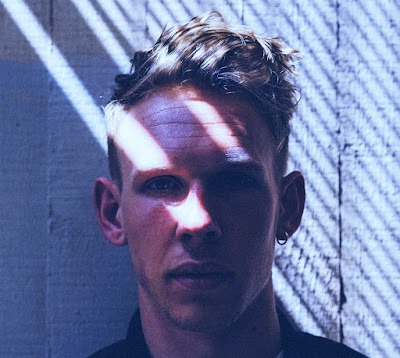 We first mentioned HUNTAR at the beginning of last year after the South-East Londoner dropped the swooning R'n'B hit "All That I Want" that channelled elements of Jamie XX meets James Blake. HUNTAR however, had a greater tenacity compared to his genre compatriots, and once again he astounds us with polished beats and gritty pop ensembles.

The solo artist who has recently supported The Hunna in Glasgow, is unashamedly sincere and candid in his approach to internal feelings and everyday life, all of which of course, is conveyed through his music. "4AM" is a furtive step towards punchy urban conventions whereby jagged beats and toughened digital movements lay down a pulsing rhythm; straying from the comfort zone of HUNTAR's previous excursions, this latest slab dabbles into a cauldron of effervescent synth currents and orchestrated soundboard details. In between all of the musical goings on the Londoner manages to inject a strain of progressive energy and gnarled ardour within his vocalities and therefore embellishes his lyrics with a profound degree of honesty. Something that is relatable and on point for the listener.

Check out the Soundcloud for "4AM" below then be sure to spread the new music love and share, re-post and retweet this review. 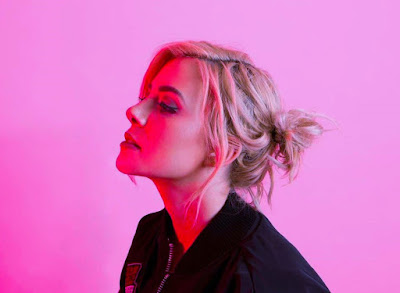 Carla Cappa has been piquing interest among music journalists and bloggers alike thanks in part to her slick pop tendencies and succinct lyrical assertiveness. The Nashville resident has already honoured us with previous works of genius such as "Goddess" and now this new matriarchal purveyor of pop gifts us "I'm Good".

You can tell that Cappa has something to say. This latest sizzler from the American starlet is dictated primarily by the direct and acidic nature of the lyrics being sung. The structure of the track in its entirety hangs off the well angled cheek bones of those snarled words with bravado and pugnacity. Sharply emitting lines such as "If you get someone else to go, you should, 'Cause I'm good, I'm good" brings about an air of independence based on previous emotive nausea; truncated veins of angst bleed across a fervent dose of electronic reverb and Scandi-pop nuances. Breathy in places, heftily rousing in others, Cappa manages to sew together the best elements of CHVRCHES and Van Bot whilst splurging a preppy Americanised sense of energy and individualism between choruses and lyrics.

Check out the Soundcloud below for "I'm Good" then be sure to spread the new music love and share, re-post and retweet this review. 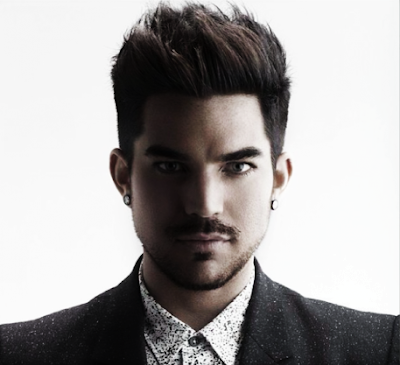 Well there is no real explanatory introduction needed here; Adam Lambert, American Idol stalwart, Queen Tour lead singer and collaborator, advocate for LGBTQ and human rights amongst many other attributes. The US singer's latest single "Welcome To The Show" was penned in between shows during his The Original High Tour and has got us very excited.

Adam Lambert has this absolute understanding of his musical craft. It has taken time and many a retrospective thought but there was always this uncontainable creativeness that just needed to be cultivated within his productions. With this intrinsic and refreshingly sagacious knowledge, Lambert has constructed "Welcome To The Show". A brooding concoction of laden piano keys and crystalline vocal strength etched across a naked sound canvas that absorbs both organic and digitalised instrumental layering to build solid foundations. Expansive maneuverability allows Lambert's frangible lyrics to permeate between the background noises and soar upwards. The frenetic splices of Laleh's audio tones generates a punchy juxtaposition of male female harmonic mantras that builds towards a crescendo of frittered synths, swooning human notes and rousing instrumentation. A perfect contemporary pop ballad.

Check out the Soundcloud for "Welcome To The Show" below then be sure to spread the new music love and share, re-post and retweet this review. 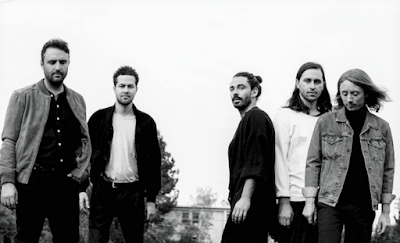 Local Natives had been rather quiet since their second album "Hummingbird" dropped in 2013. Since then the band have teased and tortured fans with a prolonged return to the fore but finally the outfit from Los Angeles have mustered together a throbbing indie-pop number in the form of "Villainy" that was debuted on Zane Lowe's Radio 1 show last month.

According to members Taylor Rice and Ryan Hahn, they conceived the song whilst on a flight coming back from a festival and it is evident from listening to their latest work that their creativity was soaring high. "Villainy" is a swooning collective of beach surf reverberations, and cosmic harmonies that tantalises and meanders between cooing piano keys and an indulgent bout of synthesising intricacies. Maintaining a near constant pace gives stability for each instrumental piece and allows the track to smoothly gallop along amid a veritable sea of hazy musical soundscapes and festival anthem bravado. Local Natives' ability to notch up a dynamic equilibrium where celestial-pop dances seamlessly with rapturous indie genetics is nothing short of inspiring and "Villainy" is the perfect example of such talents.

Check out the Soundcloud for "Villainy" below then be sure to spread the new music love and share, re-post and retweet this review. 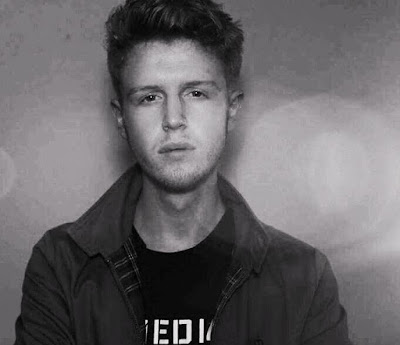 Oli Hannaford is from the county of Devon but currently resides in London where he has meticulously honed his musical craft undertaking the strenuous task of singing, songwriting, producing and playing instruments all in one hit; very James Blake meets Jack Garratt we must say and with his latest track we see a development of that format.

"Lily" is a fantastically dynamic single that appears almost lackadaisical, yet slowly wanders with half vested interest between sub-genres, tempo and intricate layering; a unique type of geological sound mapping of instrumentalised movements that captivates. Starting off as a tentative expanse of steel drum tropicalia and haughty vocal lapses, Hannaford gradually builds momentum with new elements. Cue warped bassline reverb and a subtle Balearic beat, revealing the faceted complexion of "Lily" to its fullest by submerging the listener into a large vat of electronic agitations and sultry mood-pop. Think IYES or Coasts and you are on the right track. With each blended chorus and minute gone by, the London-based musician threads together an intuitively fresh and orchestrated effort.

Check out the Soundcloud for "Lily" below then be sure to spread the new music love and share, re-post and retweet this review. 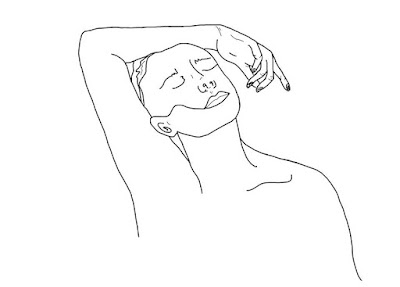 Despite what their name of L.A WOMEN may suggest, this band, consisting of members Jake, Zac and Jesse do not reside in some sun soaked Californian suburb drizzled in capitalism and celebritydom. In fact they hail from New Zealand, as we once again venture down south to detail the trio's debut slow-whomp pop morsel "Hurricane Love", a track that has already received some noteworthy plaudits.

Immediately captivating your senses with purred vocals, "Hurricane Love" is a daintily clad homage to the tribulations of relationships letting lyrical potency and silken tones dictate the genetics of such a recording. With this in mind it is clear from the offset that the three band members have an unspoken understanding of musical compositions as their debut slice of emotive drilled noire-pop bleaches away any pointless aural detritus with watery simplicity and gentile layers in the same style as Huntar or Sody. The morose keys, the undercurrent of brooding drum beats, the towering synth-laden choruses, each decisive musical input enhances the other to gracefully pool forth with beachy resonance and sangfroid notions.

Check out the Soundcloud for "Hurricane Love" below then be sure to spread the new music love and share, re-post and retweet this review. 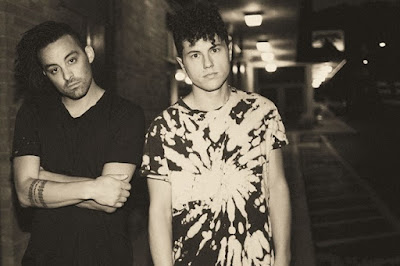 Nashville is often known first and foremost for all things country and folk music, as well as the current TV series of the same name in a broader sense. So, with a monumental task in shaking up that stereotypical generalisation of cultural indigeny we welcome NIGHTLY; a male duo who conjure up sweltering indie-pop aural collisions with ease.

What is most striking about NIGHTLY is that "XO" is their debut effort and belies the pair's first steps into the music industry. Sounding like a remarkably chiselled by-product of Prides meets Coasts dipped in an MGMT circa-2008 narcotic varnish, NIGHTLY have still managed to create a very individualised sound for their first foray into the music industry. Typified by raucous percussive elements and thumping drum beats that smash down with leaden oomph "XO" saunters along rather nicely, coated in a sensory festival regalia of punchy choruses, mantra-esque lyrics and anthemic nuances. Maintaining that thriving dose of instrumented energy throughout ensures the American duo have produced a brilliant indie-pop number that promises much for the future.

Check out the Soundcloud for "XO" below then be sure to spread the new music love and share, re-post and retweet this review. 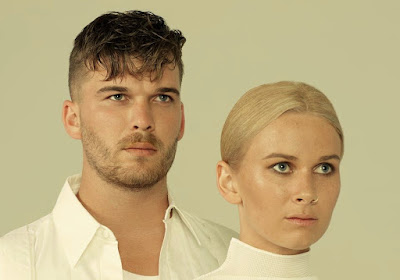 Fresh from reviewing one New Zealander we move onto another, national duo Broods. We first discovered the still beautifully smouldering brother/sister duo from Auckland over two years ago after the release of their single "Bridges" which we contemplatively labelled as morose and sombre, showcasing the diligent side of alt-pop from down south.

Straight from their latest album "Conscious" via Capitol Records, "Heartlines" is a voluptuous skirmish of twinkled electronica and magnetically charged dual harmonies. Furtive beats thud intermittently between Georgia Nott's glacial vocalities to produce a strident noire-pop ensemble full of darkened emotive ripples and swirling digitalism. The pair's latest offering joyfully harks back to those formative years as pulsating basslines jostle for attention amongst feathered tones and opulent synth horizons in the same vein as CHVRCHES or Avec Sans. Roping in fellow countrywoman Lorde to co-write "Heartlines" merely highlights Broods' intellectual sense to produce a swooning electro-pop number that indefatigably stamps a purveying mark on the genre, not just in New Zealand but globally.